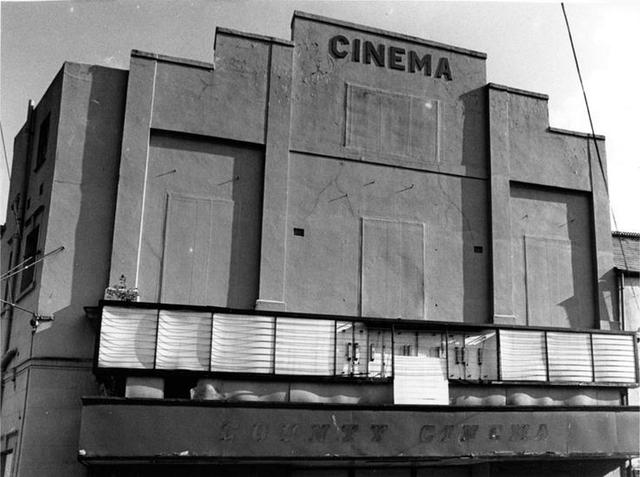 Located in the town centre of Bridgend. The New Electric Cinema opened in May 1912 with “The Power of Love” being the first film screened. It was designed by Bridgend architects Cook & Edwards. The elaborate plaster decorations were by DeJong and Company of London. Seating was provided in stalls, dress circle and gallery levels. There was a 25 feet wide proscenium and a stage 40 feet wide and 20 feet deep.

By 1922 it had been re-named Cinema. In 1933, the facade was modernised and the interior re-furbished. It was equipped with Cinemascope in 1956, and a new 32 feet wide screen was installed in a remodeled proscenium.

The Cinema was remodeled again, both externally and internally in 1965 and was re-named County Cinema. The seating capacity had been reduced to 582. The County Cinema was closed by Bridgend Cinemas Ltd. on 6th September 1980 with “Can’t Stop the Music” starring Village People. It was later demolished.