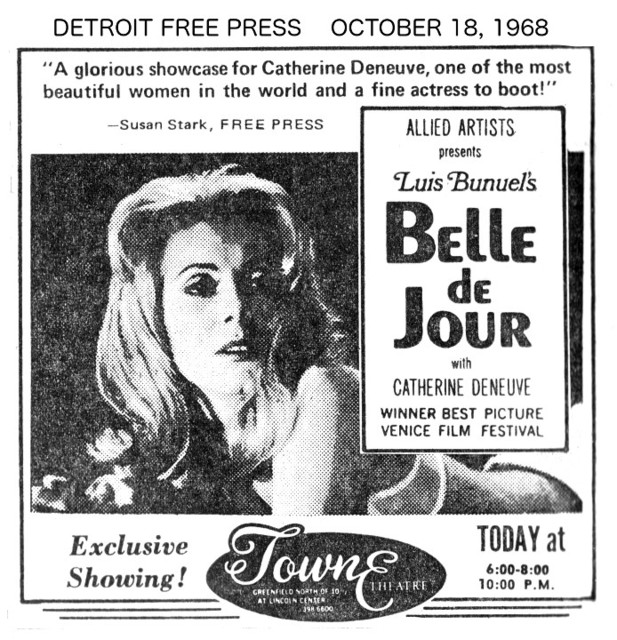 The Towne Theatre was located at 11 Mile Road and Greenfield Road, next to K-Mart. It opened August 17, 1967. I worked there when it changed from 1st to 2nd run, the night after “Dances with Wolves” won Oscar for best picture. On February 17, 1971 it reopened as the Towne Twin Theatre.

Later taken over by AMC it became a 4-screeen theatre. It was later closed and demolished. An Aldi supermarket now stands on the site.

The Towne had a very unusual archetectural feature- there were steel beams that formed a sort of “Y” shape on the exterior of the building, with common brick inbetwwen and surrounding the steel “y"s. I saw several movies there, "Big top Pee Wee” being very memorable. I was one of three people in the theatre!
I believe the Towne was built by the Sloan family for their Suburban Detroit chain, AMC bought them out in the 80s.

There is an Aldi supermarket at this location. The car dealer mentioned above is actually next door, and is an Enterprise Rent-a-Car. (It used to be an old Arthur Treacher’s Fish & Chips). There is a White Castle/Church’s on the same parking lot as the Aldi, which was part of the Towne 4 parking lot. I was actually there when the Towne 4 was knocked down by a wrecking ball.