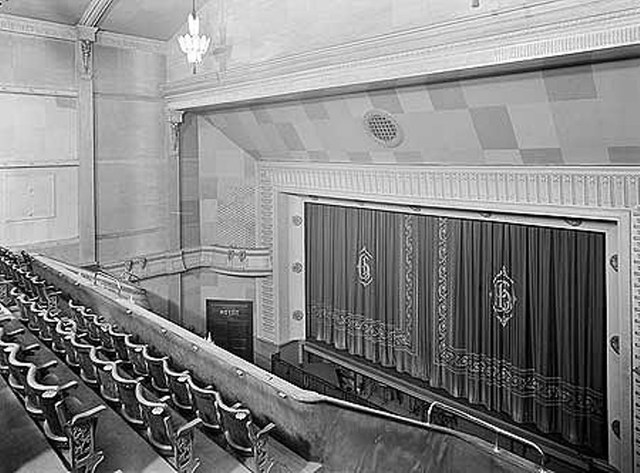 The Electric Theatre opened by Electric Theatres(1908) Ltd. on 31st July 1909. It had a narrow entrance on North End, which led through to a narrow foyer. The auditorium was built at the rear and was parallel to North End, behind other street buildings. Seating was provided for 600, all on one level. Closed on 1st April 1911 for redecoration, it didn’t re-open until 10th March 1913. The seating capacity was slightly increased to 616, and it was re-named Picture House.

The auditorium of the Picture House was re-built to the plans of architect C.E. Clayton, of the Brighton based architectural firm Clayton & Black. The seating capacity was now 1,280 in stalls and circle. The Picture House re-opened on 21st April 1928 with Richard Dix in "Man Power" and Warner Baxter in "Drums of the Desert". The Picture House was equipped with a Jones 2Manual straight organ, which was originally installed in the Marble Arch Pavilion Cinema in central London. It also had a tea lounge.

In 1936, the Picture House was purchased by the Oscar Deutsch chain of Odeon Theatres Ltd., and it was re-named Odeon. The organ was removed, and was never replaced.

The Odeon was refurbished in 1956, but still retained its rather old fashioned appearance. It was twinned in 1972, with the balcony extended forward to create a 430 seat screen. The original barrel ceiling and side-wall decorations were retained. The former stalls now seated 454.

The building was sold to expand the new Whitgift Shopping Centre, and the Odeon closed on 31st October 1985 with "Cocoon" showing upstairs and Walt Disney’s "Peter Pan" showing downstairs. The building was immediately stripped out, but stood standing empty, until damaged by a fire on 16th May 1986. The auditorium was then soon demolished and the shopping centre expanded onto the site. The facade and foyer space has been converted into retail use, in 2009 Couture Fashion menswear.

A set of vintage b&w and colour photographs:
View link