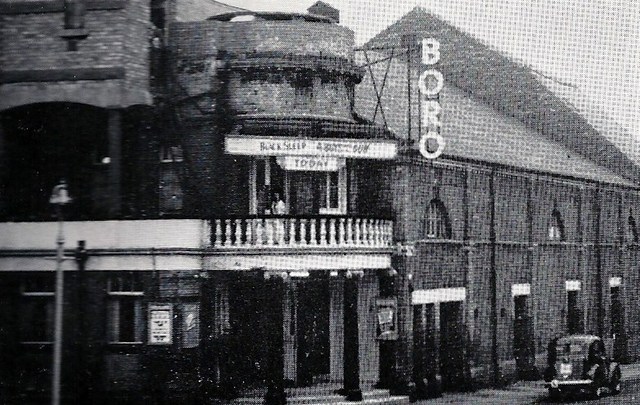 Built as a circus in 1900, it was converted by a Mr Simpson into the Borough Theatre in around 1902, and films were presented as part of the variety programme. It was badly damaged by a fire later in the decade.

The Borough Theatre was re-designed by architects Gibson and Stienlet (Henry Gibson & Pascal Joseph Stienlet) opening in July 1910, and it had a seating capacity of around 2,000. It was an early theatre operated by George Black, and had a 25 feet wide proscenium, a stage that was 21 feet deep and there were four dressing rooms. It later became part of the Thompson & Collins circuit.

The Borough Theatre was sold to the Denman Cinemas/Gaumont British Theatres chain in March 1928. The Boro' Theatre, as it was later known, was closed by the Rank Organisation on 28th September 1957. It was demolished in August 1969 and housing and shops have been built on the site.