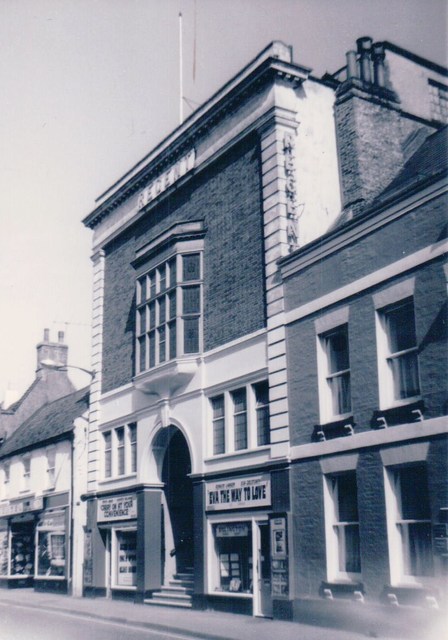 A small rural cinema, in the main street of Downham Market, Norfolk. The Regent Cinema was built on the site of the old Post Office and opened in 1928. It was designed by Kings Lynn based architects John Laurie Cornell & William Dymock White. The proscenium was 20 feet wide. It was first operated by Provincial Amusements Ltd. and went through several independent operators over the years.

It ran second run films, and was closed on 2nd October 1976 with Julie Andrews in “The Sound of Music”. The building became a cycle museum, then an antiques centre. In 2004, planning permission was granted to demolish the auditorium and build flats, retaining the facade. It was hoped that a 60-seat cinema would be incorporated in the development, but this was not to be. The buildings sits empty and unused in 2012.