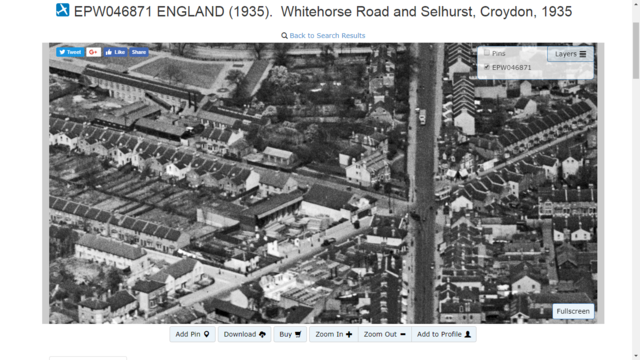 Located at a busy junction of Windmill Road and Hampton Road in Selhurst, to the North of East Croydon. The Selhurst Picture Palace opened on 15th April 1911. It was closed by a fire in 1913, and remained closed through World War I, reopening by 1920.

The remains of the building were demolished in around 1950, and the land used as an outdoor display area for a car dealer. Today, a Halfords store is on the site.