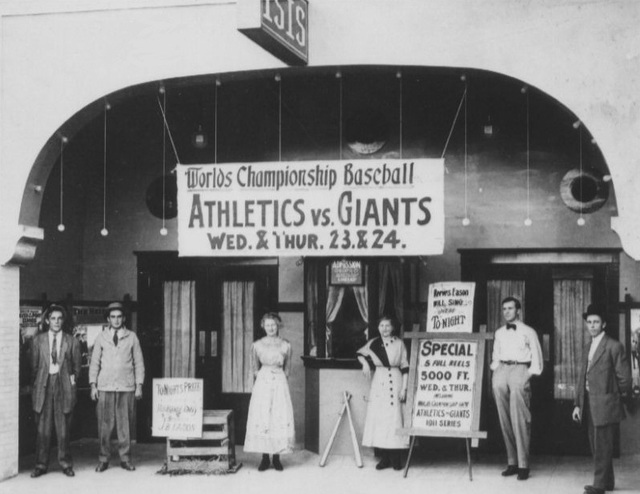 The Covina Argus archives say that the Merwin brothers opened the Star Theatre under its first name, the Isis Theatre, on November 13, 1911, moving from their previous Isis Theatre location on Badillo Avenue, which was said to have a flat floor and straight-back chairs for seating.

The new building was specially constructed with a slanted floor, stage and dressing rooms. There was also competition next door from the Empress Theatre, which had opened in September.
The Argus-Citizen said in 1954, that for a few years the competition between the two theaters was intense but the Isis Theatre eventually prevailed and the Empress Theatre closed. The Merwins sold the theater In November of 1915 to Lulu Dietz, who renamed it the Star Theatre.

In 1919, Dietz sold her interests to J. Lisy who then sold it to George Leonardy in 1920. Leonardy then begin plans to build the Covina Theatre, which was block away and on the opposite side of the street of the Star Theatre.

The Star Theatre closed when the Covina Theatre opened in December of 1921. In 1922 it was remodeled into a Ford car and tractor agency. In 1932 Cornet’s five and dime, which later became a large West Coast chain, moved into the location. Cornet stores occupied the location until the middle 1960’s. In 2009 the building was still occupied by retail stores.