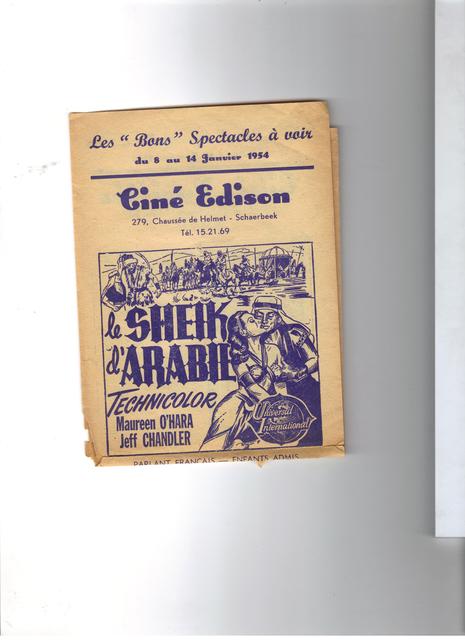 In 1957 it changed name to Capri Cinema. It often showed films concurrent with the Elite Cinema, like “Lawrence of Arabia” in January 1964. The closest cinema was the Roxy Cinema with 1,000 seats, in the nearby Rue du Corbeau. The Capri Cinema closed in 1972, and became a retail shoe store known as Shoe Discount.