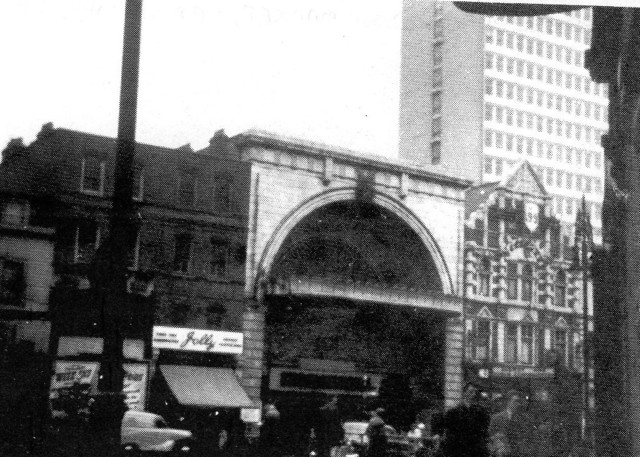 Located on the East side of Edgware Road, just to the north of the corner of Bell Street, by Edgware Road Bakerloo Line Tube Station. Almost opposite was the now demolished Metropolitan Theatre. The Grand Kinema was licenced from 29th November 1910 with a seating capacity for 832. In November 1914, it had been extended and enlarged to the designs of architect H. Bey and had an increased capacity of 950.

The Grand Kinema was enlarged again to the plans of cinema architect E.A. Stone and it re-opened on 18th October 1926 with 1,942 seats and had a Compton 3Manual/14Ranks organ installed. Taken over by the Denman/Gaumont Theatre chain from May 1928, the Grand Kinema was re-named Gaumont on 25th July 1951.

The Gaumont was closed by the Rank Organisation on 1st April 1961 with Peter Sellers in "Mr Topaze" and Hugh Marlowe in "The Long Rope". The building had been purchased under a compulsory Purchase Order for road widening, and the construction of the Harrow Road fly-over (A40) road, which was built in the early 1960’s.