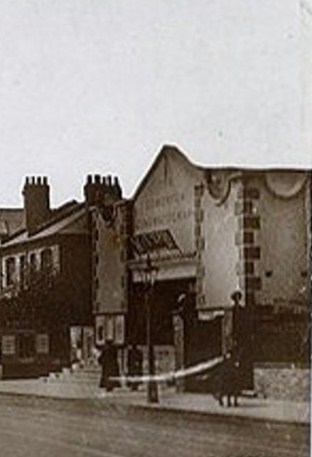 The Edmonton Cinematograph Theatre opened in December 1911. It was a purpose built cinema building, and had seating provided all on a single floor.

It was closed in 1927, and over the years has had many uses as different retail establishments. In the 1980’s it was House of Holland furniture store, then it became a hardware store. The facade has been altered and the original front steps at the entrance have been removed.

In 2009, it is in use as a TFC supermarket and is diagonally across the street from Edmonton Police Station.