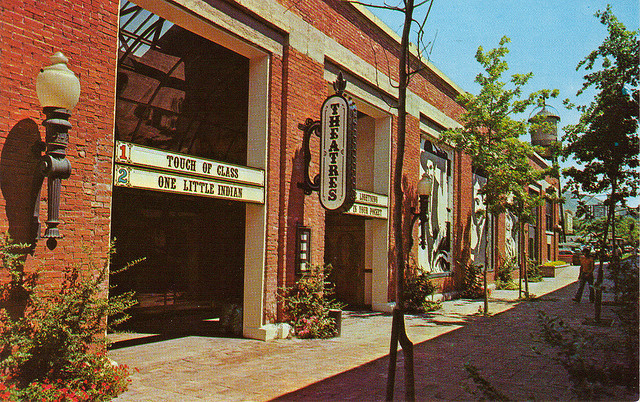 The theater had a more luxurious style than the other multiplexes of that time. The screens were covered with curtains and all four auditoriums were equipped with Dolby Stereo. The theater was closed in January 2008 as part of Cineplex Odeon’s bankruptcy.

I remember the Trolley Cinemas 4 back in the 70’s when it was just an independent theatre. Hey, do we remember the “interesting” uniforms of the concession girls-their “Keystone” outfits of a button jacket, blouse, “keystone” policeman’s hat, and those “hotpants” with purple stockings?

Trolley Square is operated by Regency Theaters…. Nor Regal Theaters.

According to the Trolley Square page at the Utah Theatres website, this house operated under the name Madstone Theaters from August 2003 until it closed in June 2004. (That page also gives the number of seats in this quadraplex as 747.)

In December of 2004, the name Trolley Square Cinemas was restored when the house was reopened by the current operator, California-based Regency Theatres.

Madstone Films theatre division founded in 2000 by Chip Seelig and Tom Gruenberg took on the Trolley in August 2003 reopening the dormant cinema geared to art films and young childless couples including gourmet food and adult beverages. The theatre was vastly improved in terms of presentation and auditorium seating. On June 7, 2004 the entire Madstone circuit ceased operations closing theatres all over the country including the Trolley Square.

Finally, Regency Theatres based in California relaunched the Trolley Square on Christmas of 2004. The theatre was closed at the end of January 2008 and the space repurposed for other retail concepts.

Uploaded photos of box office prior to Maidstone modernization and the marquee on the tower under both Maidstone and Regency operation. 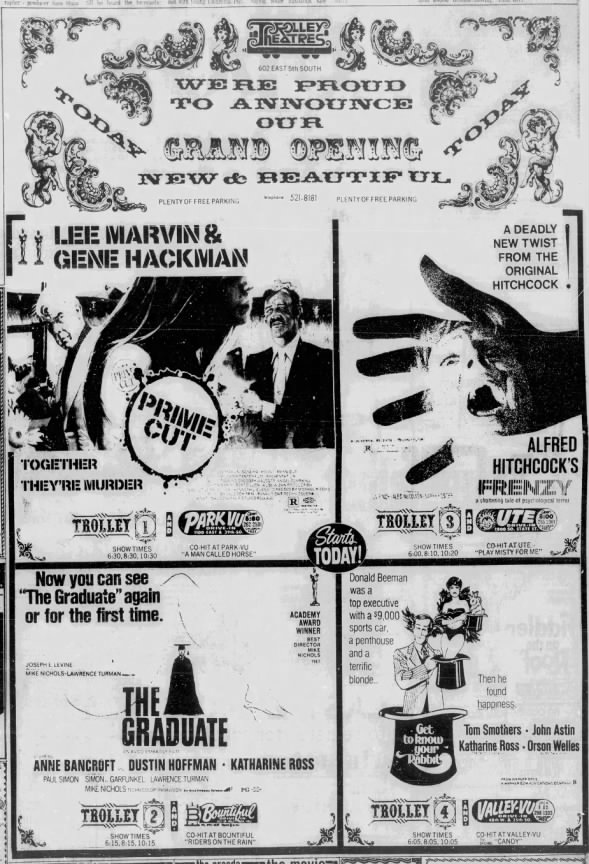