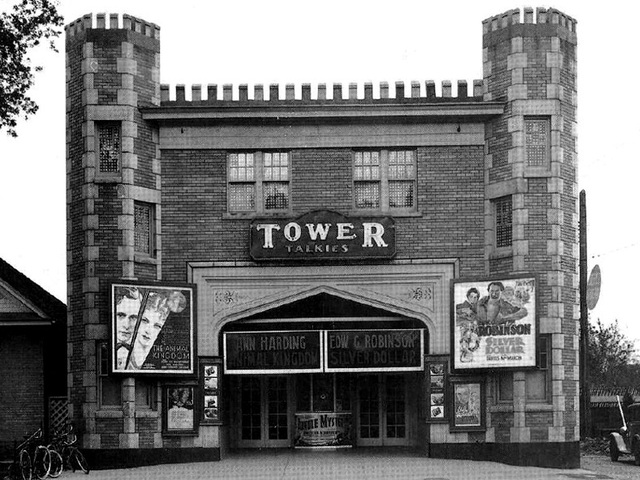 The Tower Theatre was opened on January 10, 1928 with Phyllis Haver in “The Wise Wife”. It was equipped with a Kilgen organ. It is the oldest movie theatre still open in the Salt Lake area. It was remodeled to the plans of architects Slack W. Winburn (exterior) and William J. Monroe Jr. (interior), reopening on February 1, 1950. It was this 1950 remodel which resulted in the loss of the Spanish castle fortress tower façade.

For many years it stood vacant, until it became the new home for Salt Lake’s arthouse scene following the closings of the ‘Blue Mouse’, and then ‘Cinema in Your Face’.