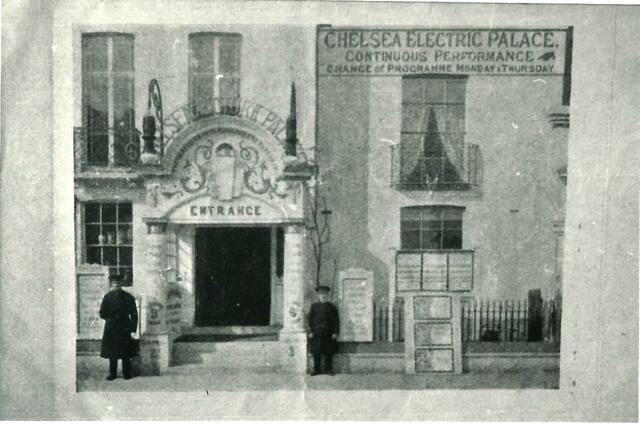 Located on the King’s Road facing Shawfield Street. The Chelsea Electric Palace was a long narrow cinema, possibly a shop conversion. It was operating prior to 1910 and through to at least 1914, and advertised pictures and variety. It was later renamed Cadogan Electric Palace and closed as the Cadogan Cinema in 1927. By 1930 the building was in use as a chemist shop.

The building has been demolished. In 2018 a branch of Snappy Snaps operates from the ground floor of the building, which is known as Blenheim House.