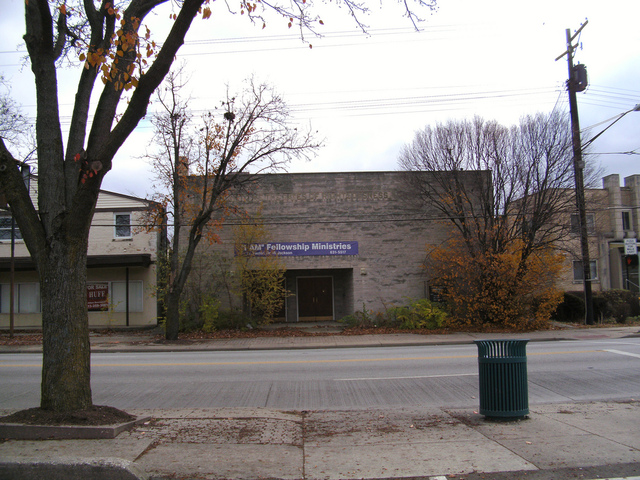 The Roselawn Theatre opened in 1940 and was owned by Wilthe Theatres. Seating was listed at 520 and the theatre closed in the early-1950’s. The building is now used as a church.

The June 29, 1940, issue of Boxoffice said “Maurice Chase will open his new house at Roselawn, Cincy suburb, June 30. It seats 500.” The July 27, 1940, issue of Boxoffice said that Altec sound equipment had been installed at “…Maurice Chase’s Roselawn, suburban Cincinnati house recently opened.” The building was owned by the Harris Brothers, operators of the downtown State Theatre, but was to be operated by Chase under a lease.

The Roselawn apparently then remained open until Wiethe opened his much larger Valley Theatre at Roselawn in 1949. Then the Roselawn was closed again for several months, but the November 26 issue of Boxoffice said Wiethe had reopened it as an art house on the 23rd. After that I can’t find any references to it in Boxoffice, so I don’t know how long it survived as an art theater.