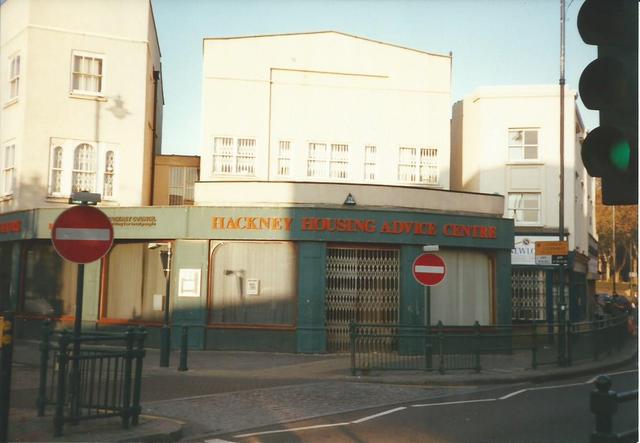 Located in the east London inner city district of Hackney, on the corner of Clarence Road and Lower Clapton Road, opposite the northern end of Mare Street. The Hackney Electric Theatre was opened in late-1910 by Universal Picture Theatres Ltd. In 1918, it was renamed New Clarence Cinema. Later known as the Clarence Cinema, it was closed in 1924. The building was converted into a shop.

The former Clarence Cinema as photographed in March 2006:
View link