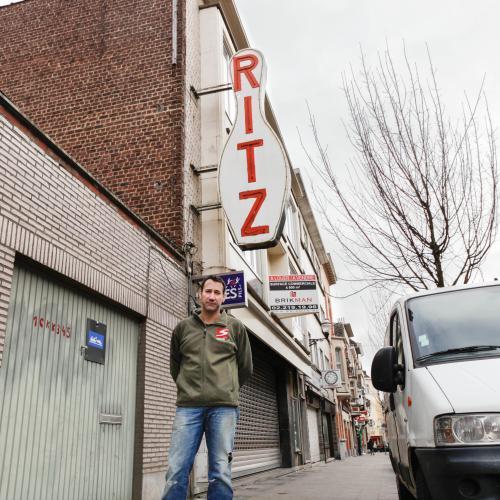 Opened in 1956 in Jette district, the other cinema of Jette was the Ecran Cinema which had opened in the 1930’s. There were two Ritz cinemas in Brussels in the 1930’s near the Place Madou in Saint Josse which closed in the 1940’s, and Rue de l'Escalier in Brussels city centre (former Luminor cinema, later Avia Cinema named Ritz Cinema from 1944 to 1952).

The Ritz Cinema in Jette was really a 1950’s movie theatre due the architectural style, and also the programing "High School Confidential" and "King Creole" were shown the two programmes a week. Equipped for CinemaScope and had commercial programing it closed by 1969 and became a bowling alley, which closed in spring 2015.