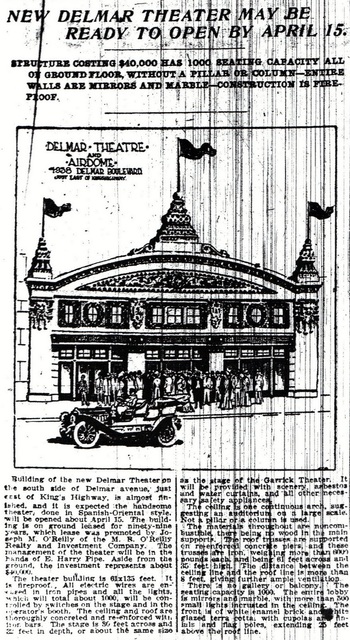 The theatre opened in 1910 as the Delmar Theatre with a stock-musical company policy and within a few years became a motion picture house. The architect was E. W. Pipe.

The theatre was located at 4938 Delmar Avenue and seated 839. An airdome opened next door for the summer months and seated 1,380.

The theatre was renamed the Embassy Theatre in 1924 and in 1931 became the Uptown Theatre.

As a film house the theatre closed in 1953 and in 1954 the theatre was last used as the site of a jazz festival.