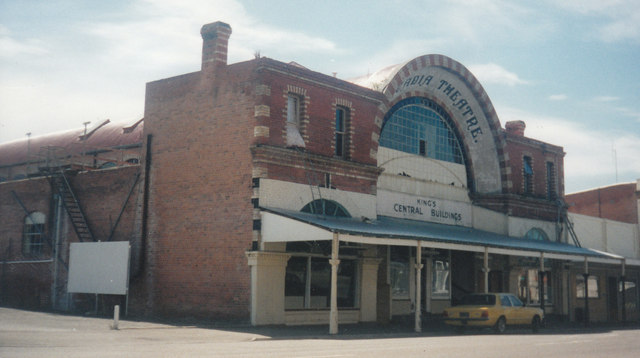 The building that housed the Arcadia Theatre was built around 1906 as a shopping arcade. About a decade later, the arcade was converted into a motion picture theatre and billiard room. On June 29, 1955 a fire destroyed the theatre portion of the building. Over the years the building has been used mostly for storage. Plans are underway to restore the building for retail use.