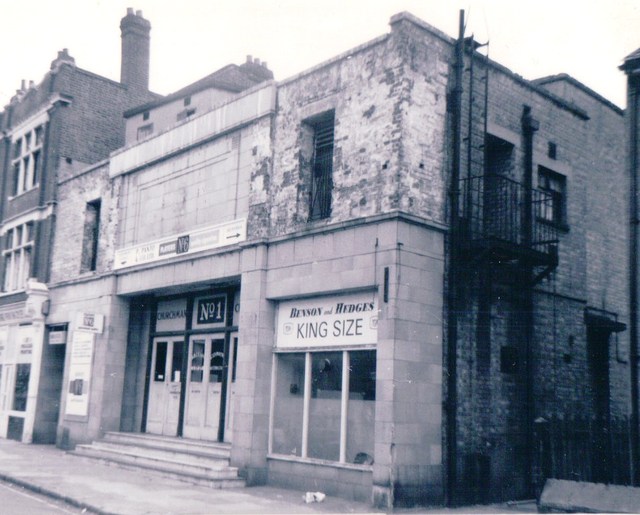 Located in the Hanwell district of west London, where Broadway converges with Cherington Road. The Grand Electric Cinema was opened in 1911 with 600 seats. It went through several changes of ownership over the years, but always remained an independent cinema.

In 1933, it was re-built to the designs of architect F.C. Mitchell and the seating capacity of the new building was for 973. There was a 34 feet wide proscenium and a 30 feet deep stage.

New owners took over after the end of World War II and it was re-named Curzon Cinema from 28th March 1946. At the end of 1951, another change of owner renamed it the Tudor Cinema. It was closed on 16th July 1955 with Rex Harrison in "The Constant Husband" and Jimmy Hanley in "The Black Rider".

The building was converted into a warehouse. In the summer of 1994, the front of the building was demolished, leaving just the gutted auditorium standing, and it became a motor car and tyre repair garage. It was demolished in the early-2000’s and a block of modern flats has been built on the site.

If this is where I THINK it is, it was actually in Cherington Road, NOT the Broadway.