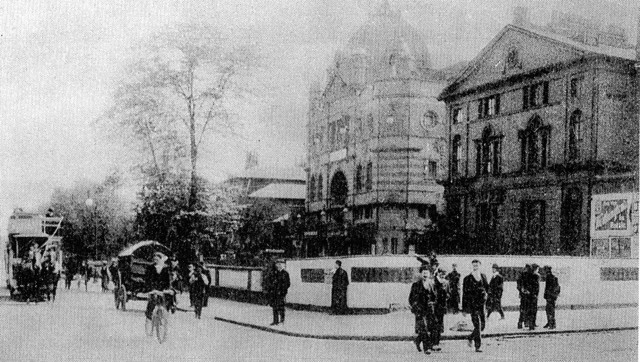 The Parkhurst Theatre was having picture shows by July 1908 closed as a live theatre in 1909. It was taken over by Biograph Theatres Ltd. and was converted into a cinema, opening in March 1909.

It was closed and demolished in 1926, and the Holloway Arcade was built on the site at the corner of Holloway Road and Parkhurst Road, opposite the Nags Head pub. Although never a great success as a shopping arcade, it lasted until around 2000, when it was demolished and housing was built on the site, including retail units at street level which in 2009 were occupied by Allied Carpets store.