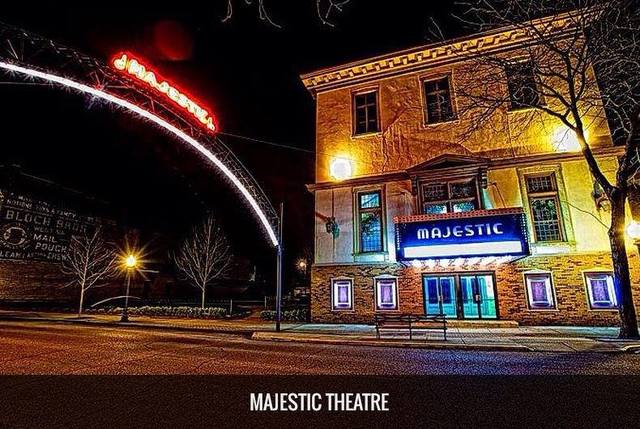 The Majestic Theatre is now owned by a non-profit group that uses it for live performances and alternates the programming with family films on weekends. They have also spent some
money to upgrade and remodel the theater.

I remember being young and going to the Majestic Theater to watch the double features! Two movies for a cheap price! It was great fun! I also attended Unioto High School in this wonderful town, and I was enrolled in a performing arts program with Pickaway Ross Joint Vocational Center. We were allowed to use this theater as our class room, where I learned all about set construction, projection of voice and even the history of the Majestic! It was a great experience and I will always treasure it. I am so grateful for growing up in this town, and having this theater as a “learning” resource!!

You can also read the history of this theater and check what’s going on at the majestic.

I had the pleasure of working at the Majestic and Adena Theaters from 1981 – 1986. This was during the period when first run movies were played (before the multiplex influx). Best job ever……

I commend the group that now owns the Majestic theatre. You are doing a great job. Wishing you continued success.

There are a couple local legends about the theater:

During the 1918 Spanish influenza epidemic, the theater supposedly served as a makeshift morgue. Blood emptied from flu victims prior to embalming was poured out in the alley beside the theater, earning it the name “Blood Alley.”

There’s also a ghost of a girl in blue who’s said to sometimes sit in the audience during a show. She’s supposed to have a favorite seat and take it badly if someone sits there.

a small fire started on the stage tonight. it was put out by performers on stage.

Really nice picture. retroguy,Where were the Stagehands! if they are like my union brothers i bet they were out back on a smoke break.lol.

Does anyone know if the Arch with the Majestic name is still there?

It is still there. I was a projectionist for the Majestic back in the early 70’s. The 4th floor was a museum in itself with many original posters from the early days of theater.