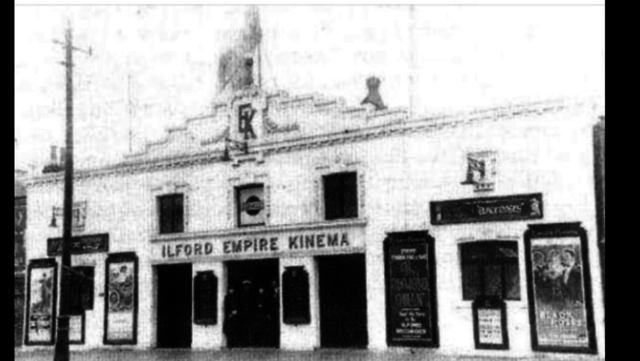 Located on Ilford Lane, close to High Road/Ilford Hill. The Ilford Empire Kinema was the first purpose built cinema to be operated by Alexander Bernstein, who later founded the Granada Theatres chain. It was opened in April 1913 and all seating was on a single floor.

Improvements were carried out in March 1922 when it was taken over by new operators. In 1931, it became part of the Ben Jay’s Circuit and was re-named Empire Cinema. The proscenium was 42 feet wide, the stage 38 feet deep and there were two dressing rooms.

Disaster struck on 17th September 1940, when it was hit by a German incendiary bomb. The remains of the building was later demolished and the site lay empty and unused for many years. It was later swallowed up in a new road layout.