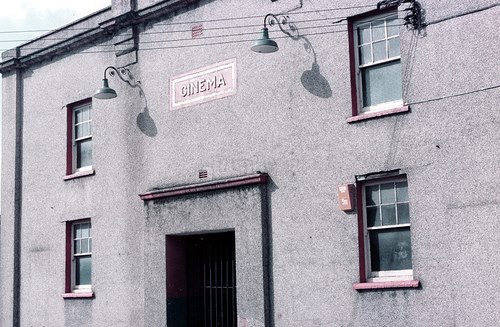 The Ebley family were show people who travelled a fit up bioscope around South Wales between 1895 and 1915. In 1915, after the outbreak of the 1st World War touring became impossible. Two members of the family, Edward and his son Lord Robert settled in the Cwmavon district of Port Talbot, and literally built a small 200-seat, bricks and mortar cinema with their own hands.

The cinema building looks more like a double fronted terraced house with a slightly wider than usual entrance. Above the door was a stone slab bearing the legend "Cinema".