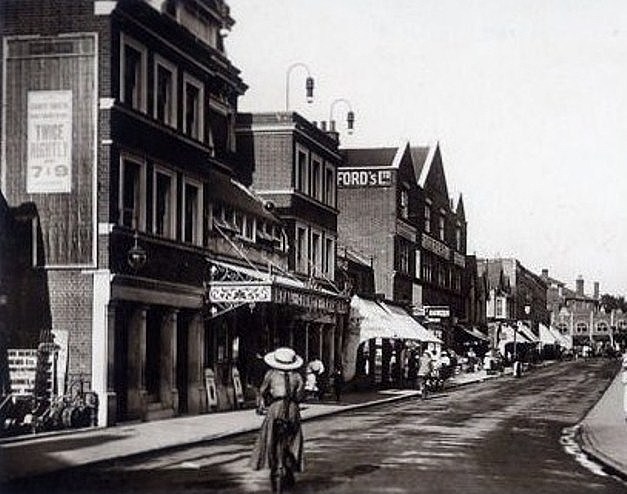 Originally opened pre-1890 as the Albany Hall. In 1896, it was converted into a live theatre by architect J.C. Bourne, and opened on 4th October 1897 as the Royal County Theatre. The opening production was the play "Under the Red Robe" by Stanley Weyman.

Seating was provided in orchestra stalls, circle and gallery levels. It had a 24 feet wide proscenium and a stage 60 feet deep, There were eight dressing rooms.

Many famous stars appeared at the Royal County Theatre, including a young Sydney Greenstreet (years before he went to Hollywood), in July 1903 Charles Chaplin appeared in a small part in the play "Jim", Lilly Langtree, Mrs Patrick Campbell, Forbes Robertson, Dan Leno and George Edwardes. The Royal County Theatre was closed as a live theatre on 22nd June 1912.

It re-opened as a cinema in November 1912 and closed in May 1914. It was re-opened as the New Revue Theatre from 27th December 1915, presenting variety on the stage, but this was a short lived venture and it closed in June 1916. Re-opened as live theatre under its original name in August 1916, it too failed and was closed in July 1917.

On 29th November 1917, it re-opened as the Super Cinema. It became the first cinema in Kingston upon Thames to screen a ‘talkie’ when on 20th July 1929, Al Jolson in "The Singing Fool" was screened.

In 1939, it was taken over by new operators and re-named County Cinema, and after being refurbished with new seats, carpeting and equipment it re-opened on 2nd December 1939. Just a few weeks later, on 9th February 1940, the building was gutted by a fire. The remains stood empy and unused until 1955, when it was rehabilitated and became a Times Furnishing Co. store. By 2008, it is a sports shop, known as Sports World.