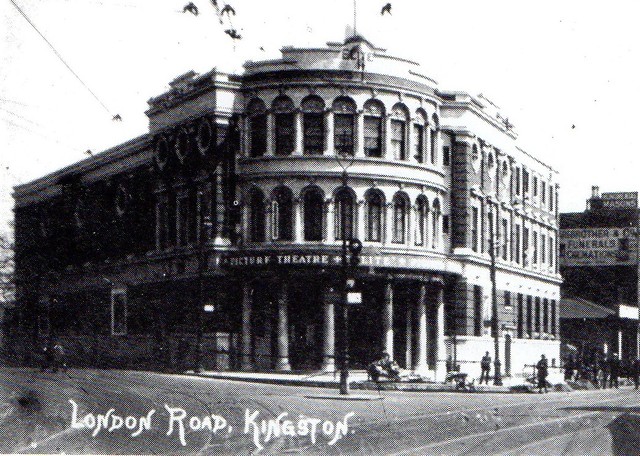 The Elite Picture Theatre was located on the corner of London Road and Richmond Road. It opened on 21st May 1921. The foyer was styled to resemble an old mansion, and the carved oak panelling on the walls came from Preston House, Malling, Kent. There was a real coal fireplace, which was always ablaze in the winter months. Above the foyer were a set of four tea rooms, which could also be entered from the street.

Inside the auditorium, seating was provided in stalls and circle levels. There was a straight Gray & Davison 3Manual/14 stop organ, which had previously been installed in a mansion in Derbyshire, and had been rebuilt by Willis organs. Also inside the auditorium was a coffee room where patrons could sip coffee while watching the films.

It was demolished and a C&A department store was built on the site, which closed in 1996. Today it is a Wilkinsons store.