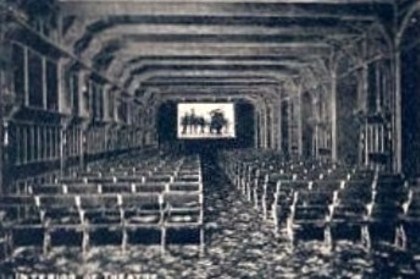 Located adjacent to the old Tivoli Theatre, this began its entertainment use as the Tivoli Tourist Station, which was similar to, and a rival to, Hale’s Tours of the World, which presented movie views photographed along a railway line.

It was taken over by Electric Theatres(1908) Ltd. and was converted into the Theatre de Luxe, opening in December 1908. Seating for 170 was on a single floor, and the auditorium was decorated like a baronial hall, with an oak-beamed ceiling.

The Picture I have loaded is not a very good one.. But It might be the only one left….