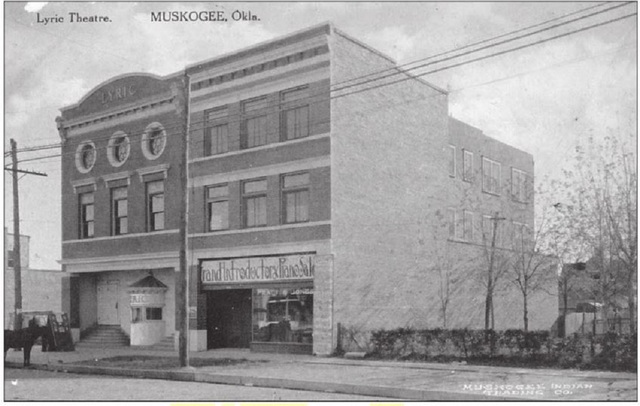 The Lyric Theatre launched in downtown Muskogee on May 14, 1906 likely on a 20-year lease. The Lyric converted to sound to stay current and like renewed another 20-year lease.

With the theatre’s 40th anniversary came details for a new theatre. The Roxy Theatre was the heir apparent to the Lyric after the War. The Roxy was constructed in 1947 before running into some delays including brick shortages before launching in 1948.

The Lyric was downgraded to sub-run discount status briefly. The local paper reports that the Lyric Theatre closed after showings on February 26, 1949 and its interior was dismantled to create a storage facility.