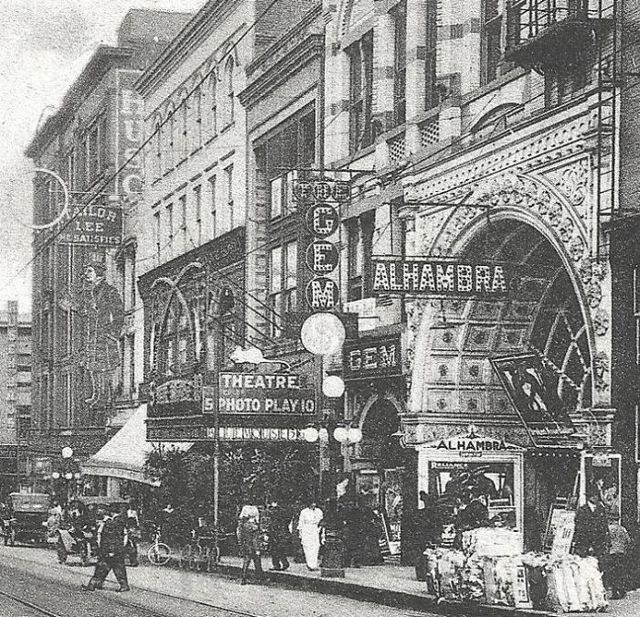 The Penny Parlor was opened in 1909. In 1910 it was renamed Alhambra Theatre with seating listed at 425. By 1926 it was operated by the Finkelstein & Ruben chain. In 1929 they were taken over by Publix Theatres.