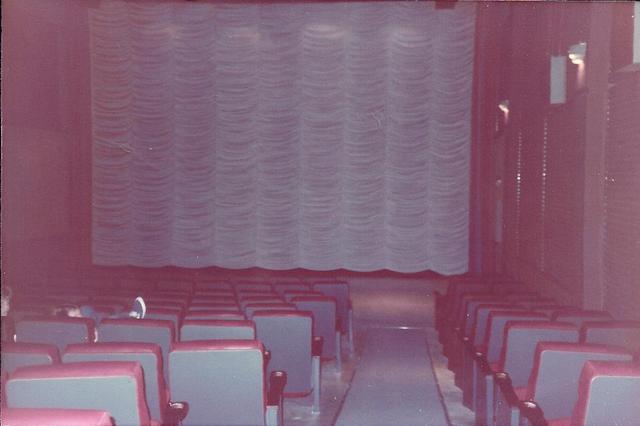 Four Seasons Cinemas was a nice little 4-plex opened in Hendersonville, N.C. most likely in the mid-1980’s.

Once the Carolina 1 and 2 closed (downtown theatre) this was the only theatre left having seen both drive-ins close. Interestingly this theatre only had three managers in its existence. Ed Webb, Keith Black, and Ray Rogers. It was a Fairland-Litchfield theatre, then sold to United Artists, Regal, and finally a little theatre chain called Epic that ran it in the ground.

As managers Ray Rogers put it, "it was a sick building." According to Rogers the theatre was always battling water leaks coming through the walls. And mould was always a problem. After Rogers left no one really managed the cinemas.

Up the road Epic had taken an old Walmart and converted it into a 12-plex. Assistants would then take turns seeing that the now converted Four Seasons, now a dollar cinema, was opened.

Rogers said once the HVAC unit broke, for over a year until closing they never fixed it. He knew the mould was growing without proper ventilation. In fact Epic was so cheap they had a sign on the door, "no AC bring a hand fan to fan yourself."

Luckily being located on a mountain the Hendersonville summers probably were not that hot. Finally the Four Seasons opened just 4 days a week and was closed the rest. It was then closed forever. Ray Hutto said not long ago all the seats were pulled and taken to Mississippi!

Ray said the theatre had made a lot of money in its best years being a high grossing theater for Fairland-Litchfield. Once Regal took over most of the magic was gone.

glad I snapped a few pictures, hope to have an article here if the local paper does a story…

well it was bulldozed down today………GONE….

hope to have pictures of it on soon….

:( I was tagged in a short video of the demolition on Facebook. Sad…..

thanks stan… hope to have pictures of the place being torn down on here soon.

If anyone has the link to the demolition video Id like to see it, i have some pictures Too of the place

my cousin took a bunch of pictures,still waiting on him to mail them.he doesn’t do computers.

I loved going to that old theater. I remember watching several movies there (Transformers, Fantastic 4: Silver Surfer, Ironman); it was a neat little place and part of me always wished I had the capital to buy it and do something with it. When the AC broke and didn’t get fixed I knew something was up. It’s sad that the owners didn’t care enough to do anything with it.

My cousin managed it for years, he passed away in NOV 2015,, he did about everything, when the EPIC folks came in he finally quit..never got the pictures I wrote above the last comment..

my cousin,ray who has since died did go in the old theatres and snap some pictures for me,but he never got them to me,began ill..