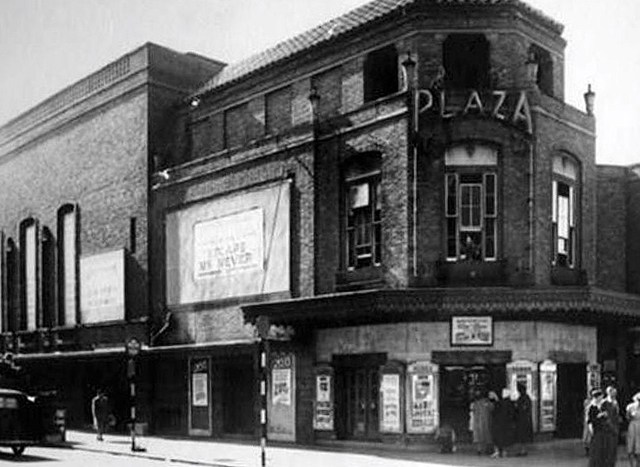 In 1927 Rhyl Entertainments contemplated opening a new luxury cinema and asked architect Sidney Colwyn Foulkes to design one for them. The result was the Plaza Theatre which opened on the 29th June 1931, building having commenced in 1930. The result was a fine Italian Renaissance style building seating 1,600 patrons – 900 in the stalls and 700 in the circle – with a 45 feet proscenium and was the first in Wales to use Holophane Colour Lighting in both the hall and the foyer area. A Western Electric(WE) sound system provided the sound and the first film shown was "Mothers Millions" starring May Robson, a decidedly second rank film for the opening! Shows were once nightly with daily matinees. Prices were from 1/– to 1/6d.

CinemaScope was fitted in 1955 when seating was reduced to 1,505 patrons to provide for the new lines of sight and prices rose to 3/– to 5/–. The venue was taken over by Hutchinsons Leisure Ltd. who introduced Bingo into the former stalls area and carried on cinema use in an enlarged circle.

The venue was closed (date unknown) and allowed to stand boarded up and empty for a period before being gutted and turned into a shopping arcade, restaurant and snooker club.