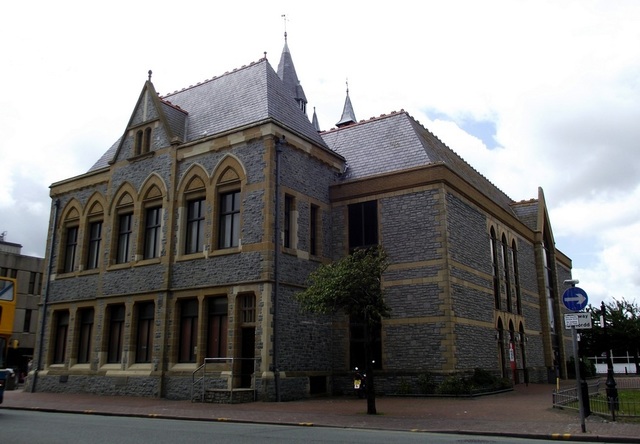 The Town Hall, Rhyl was built in 1876 and like many of the time incorporated a large hall where dances, amateur theatricals etc. were held. In 1897, Arthur Cheetham, fresh from his showing of films at the Winter Gardens, took a lease on this hall and commenced monthly film shows. He began filming his own shorts, sending out film crews around the area to film items such as boats arriving at Holyhead harbour and trains arriving in local stations.

These shows proved very popular and the following year, 1899, he began shows on a continuous basis. Such was his success that the following year he looked for and found a location where he was his own landlord, and the Town Hall went back to its usual fare of dances etc. It still stands today.