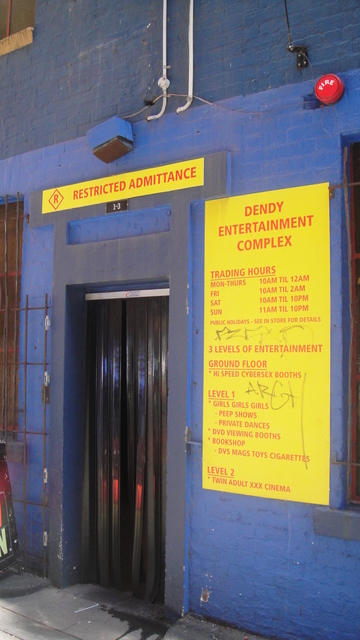 Located in the city centre Chinatown area of Melbourne, down a narrow alley off Russell Street close to Little Bourke Street. The building was a popular bar & restaurant named Sadies. Dendy Adult Cinema Complex was operating since around 1975. Screen 1 showed bisexual adult films and Screen 2 showed straight adult films. The cinema catered for a straight/bi and gay male audience.

The Dendy Adult Cinema Complex was closed in 2016 and the building was sold in November 2016 to be converted into a kitchen for a local Chinese restaurant and office space.