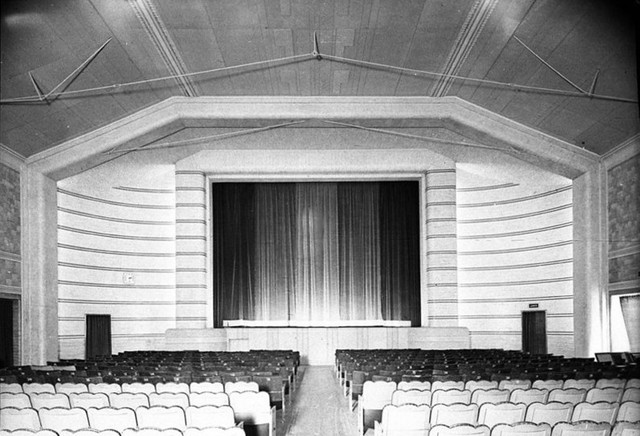 Located in the south-western Sydney suburb of Lidcombe. The Arcadia Theatre opened on 5th May 1924, with seating for 1,200, all on a single level. In December 1925, a balcony was added which increased the seating capacity to 1,800.

Taken over by the Western Suburbs Cinemas chain in 1939, it was re-modeled in an Art Deco style to the plans of architectural firm Leslie J. Buckland & Druce. The Arcadia Theatre re-opened on 24th January 1940 with “Wuthering Heights” and “The Kid From Texas”

Taken over by the Hoyts Theatres chain in March 1944, they closed the Hoyts Arcadia Theatre on 1st May 1963 with Alec Guiness in “HMS Defiant”. It was converted into a supermarket, and was damaged by a fire in the early-1990’s.

Later it was in use as the Westella Reception Hall, which remains in March 2010.

A photograph of the Arcadia Theatre in the 1930’s, after being re-modeled:
View link