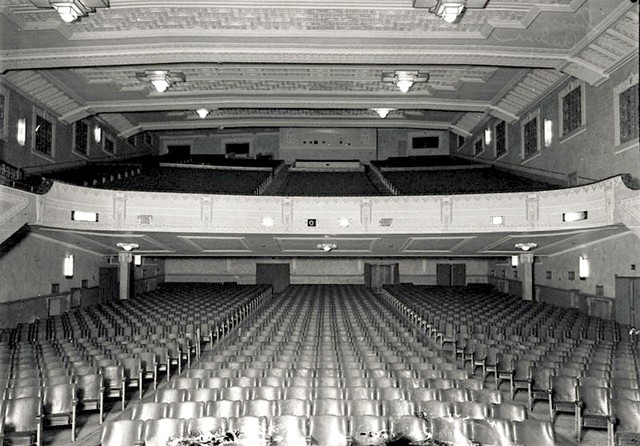 Located in the Auburn district of Sydney at the corner of Park Road and South Parade. The Civic Theatre was opened on 13th February 1934 with Bebe Daniels in “The Song You Gave Me” & Victor Varconi in “Double Harness”. It was built by the Western Suburbs Cinemas circuit. The Civic Theatre was the largest suburban cinema in Sydney and had a seating capacity for 2,277. The intricately decorated Classical Art Deco style theatre took over a year to build and boasted a 13 rank Wurlitzer, one of only twelve made. Organist Barrie Brettoner opened the instrument.

Hoyts Theatres took over in March 1944. Over the years the Wurlitzer organ was played by Knight Barnett, Ruby Coulson, Paul Cullen, Ray Chaffer, Denis Palmistra, Jean Penhall and Owen Holland. It was last played in 1958 and was removed from the building when Hoyts sold the organ to a collector.

The Hoyts Civic Theatre closed on 21st January 1967 with Robert Lancing in “Namu the Killer Whale” and Pedro Armendariz in “Sons of Thunder”. Damaged by vandals, the building then stood derelict until it was demolished in March 1973. A bankcard computer centre was built on the site.