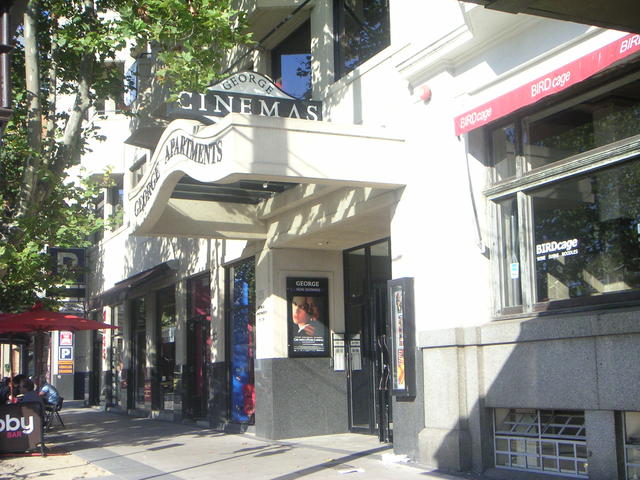 Located in Melbourne beach-side neighbourhood of St. Kilda. The George Cinemas opened on 24th November 1994 with “The Music of Chance” and “Pulp Fiction”. There is a popular Expresso Bar located upstairs in the building.

Palace Cinemas chain closed the George Cinemas in October 2010. After some refurbishment, it was re-opened under new management on 10th March 2011 as the Cinema-Aurora, screening recent releases. The re-opening films were “The Company of Men”, “The Social Network”, “The Hereafter” and “Black Swan”. Unfortunately, this was a short lived venture, as it was closed two weeks later.

Palace Cinemas have announced that they will not renew their lease on the cinemas. Final screenings under the Palace banner are due to take place on October 27th, 2010. There is some optimism that a new lessee will take over the cinemas in the near future. An article to this effect appeared in the Melbourne Age on Friday 1st October 2010.