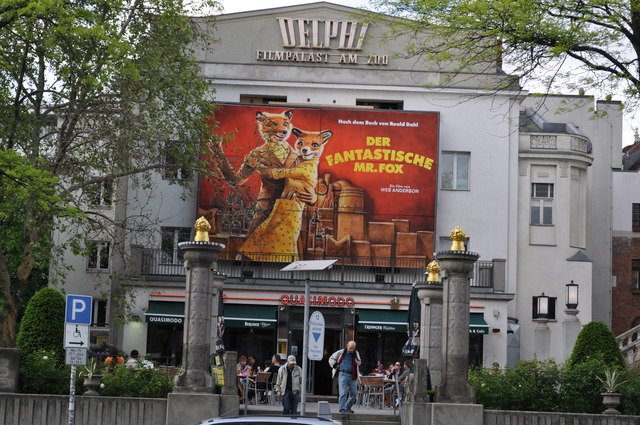 Originally a dancing hall, the Delphi opened in 1949. It is located adjacent to the Theatre De Westerns in the Charlottenburg district of the former West Berlin. Seating in the auditorium is located on orchestra and balcony levels, and the well maintained decoration and old fashioned look make it now one of the most popular art houses in Germany.

The original architects of the Delphi-Palais dance hall were Ernst Lessing and Max Breme. There were plans put forward in 1925 to convert it into cinema, but these were never carried out and it continued as a dance hall until it was bombed in the war.

Rebuilt, keeping the facade, it opened as the Delphi-Filmpalast am Zoo in 1949 with a seating capacity of 1,169 in orchestra and balcony levels. It has under-gone a couple of more re-modellings in 1956 (architect;Hornung) and in 1981 by architect Wolfgang G. Hummel. It is equipped to screen movies in 16mm, 35mm and 70mm and has a Dolby SRD sound system installed.

More infos and photographs on this theater (and many others) can be found on the German language only Berlin Movie Theater Guide – www.kinokompendium.de: Delphi – Filmpalast am Zoo