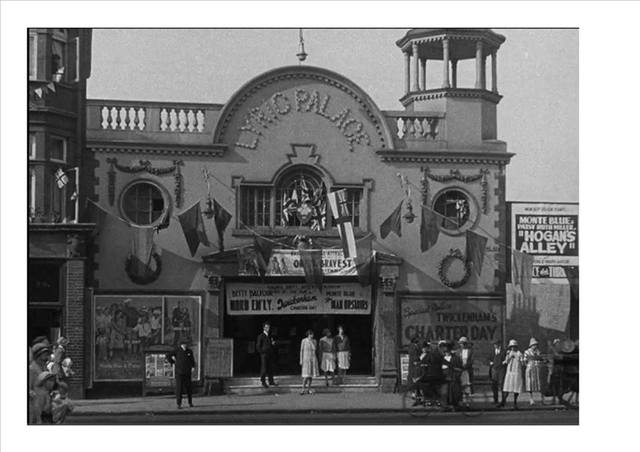 The Lyric Palace was built for cine-variety and opened in 1911. Seating was provided on a single sloping floor. It became the Lyric Picture House and was closed as a silent cinema in 1930. Its demise was probably brought on by the opening in 1928 of the new Twickenham Kinema immediately to its right (this became the Queens Cinema and later the Gaumont).

In recent years the former Lyric Picture House has been in use as a sauna, followed by offices for the Richmond Chamber of Commerce. In early-2013, there was consideration being put forward to rehabilitating the building as a community cinema, but by 2018 it was being converted into the Eel Pie Museum.

Next door where the gas station now stands was the Queens (Gaumont) Cinema.