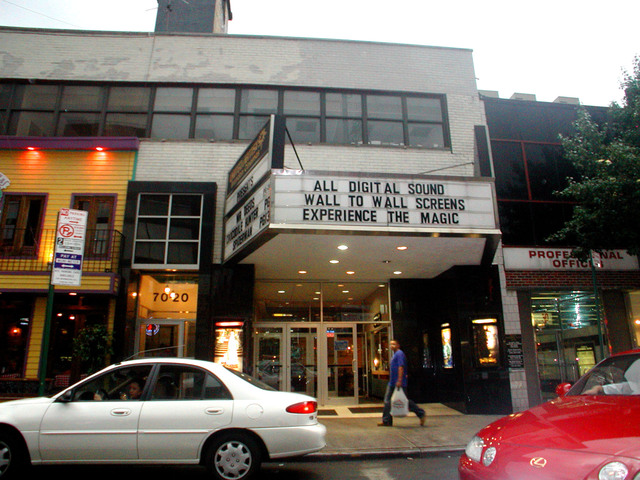 Located in the Forest Hills section of Queens. The Continental Theatre was opened as a 600-seat single screen on March 21, 1963 with Shelly Winters in “The Balcony”. It was opened by Walter Reade Theatres. It was twinned around 1980. Developer Heskel Elias, in tandem with United Artists Theatres, gave the former Continental I / II a $1 million refurbishment in 1999.

The theatre reopened with stadium seating, a new look, and a new name – the United Artists Brandon Cinema Center. The theatre is named for Elias' son, Brandon. It was closed by Regal Entertainment Group on April 21, 2014.

The screens are small and no 3D. They close off the balcony.

The April, 1963, issue of International Projectionist ran a brief article about Walter Reade-Sterling’s new Continental Theatre in Forest Hills, which had opened on March 21 with director Joseph Strick’s film adaptation of Jean Genet’s play The Balcony. The 600-seat Continental Theatre was designed by architect John J. McNamara, and featured rooftop parking and a permanent art gallery that was to be devoted to exhibiting the works of artists from Queens.

Saw only 2 pictures here “The Ghost Writer” and “Atlas Shrugged Part 2” Actually saw part 1 of Atlas at Cinemart. Sad to see it go but it seemed that since it only being a 2 screener it got the films I guess that weren’t projected to do good at the Midway.

I went by the place today and can confirm that the Brandon is no more. I think the last movie I saw there was “42”. Since everyone in the area just “knew” that the place was about to close, this was hardly a surprise. Still, it is most unfortunate that only one theater – the Midway – remains in the Continental/Austin area. A real bummer.

Must have been fairly sudden. Showtimes are listed in the Sunday, April 20th Newsday.

I’m sad about this closure.

Uploaded a picture of the marquee.

Theatre open as the UA Brandon Twin on March 30, 1999 with The Matrix on two screens.

The screens were not great for scope pictures. Prior to the renovations, the sound was MONO.

As some of the earlier comments on this theater note, it originally opened on March 21, 1963 as a single-screen house with 600 seats. It was twinned sometime between 1980 and 1982.