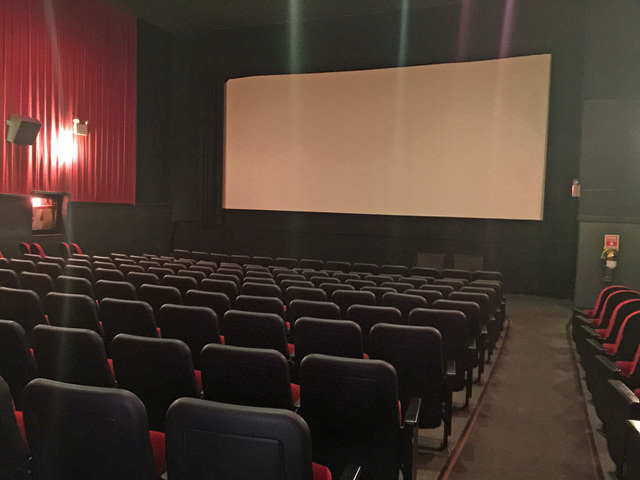 Opened as the Metropolis Theatre on March 10, 1927. It closed in the late-1950’s as the Inwood Theatre. The renamed Cinemart by the independent Cinemart Cinemas operator, it enjoyed huge popularity as a dollar house showing second run double bills, revivals and foreign films. In 1982 it was twinned and modernized and then in 1995 it was totally redone as a top-notch five-plex with 800-seats. It now shows first run and leans toward off-beat and foreign releases.

With the closing of the Branden on Austin St. – which did show (mostly poor) first run movies – and the fact that the Atlas Mall Cinema, which has its own problems, is not really a direct competitor – the Cinemart is well positioned to be offered more first run releases. The fact that the owner finally invested the funds to upgrade to digital should further help things. Since most first run movies released in January and February are crap, this should not make the lack of such releases a big deal, at least for now. In fact, the Cinemart is probably doing better business in showing second run Oscar nominated films like “Birdman” than in screening anything newer.

Beyond the search for first run releases, the Cinemart should pursue the screening of interesting and provocative Indy movies. There is a market for these films that is not totally sated by the Kew Gardens Cinema. Also, I am sure many Forest Hills residents would be very interested in this market. Just a thought.

Was their today, the Dolby Digital sound finally work

Then (as Metropolis) and now (as Cinemart) photo uploaded.

Only 1 major release this month here, Hot Pursuit and it hasn’t done too well at the box office.

Per their website currently only 2 screens are open as they transition to recliner seats, a new bathroom and other improvements.

Actually closed at the moment from April 25 to May 25 for more renovations. Theater reopens May 26 with X-Men: Apocalypse on 2 screens and Love and Friendship on Friday the 27th. Teenage Mutant Ninja Turtles arrives June 2. There will be reclining seats and the other 2 screens are still to come.

My wife and I enjoyed seeing “Get Out” yesterday at the Cinemart. The reclining seats have now been installed in all five theaters. While this has reduced the capacity significantly, it appears to be very popular with the public, since most seats were filled.

In addition to “Get Out”, three of the five screens were showing “Beauty and the Beast on its opening weekend. So it seems the Cinemart has been successful in landing more than a few first run movies.

All in all, this was a most encouraging visit to this real survivor of a movie house.

IMO, they’ve made each of the theaters far too small. I think there’s only a total of 272 seats across all five screens, the largest with 66 seats and the smallest with 36 seats. If they’re going to show the same film on three screens, wouldn’t it have made more sense to simply have a larger theater and fewer screens? The old two main screens were ideal and had excellent sound. But then they put it in a 3D reflective screen and the images had soft focus. But that was before the latest renovation.

Please update, total seats 295. They installed AMC Signature Recliners in 2016. The Cinemart uses the same exact recliners AMC uses across the country. In 2016, the Cinemart Cinemas was refurbished.