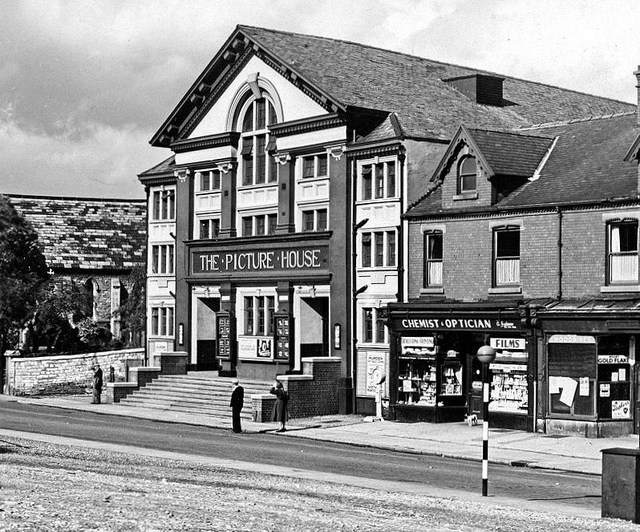 The Picture House, situated on the corner of Market Place and Selby Road, in Askern, near Doncaster. It was proposed as early as 1912 with building work starting in 1914, but with the outbreak of the First World War, construction was halted and the ten foot high walls stood until the end of the war.

The architect was a Mr T. H. Johnson of Doncaster and building recommenced in 1919 with a 1920 opening. The building is of brick and Portland cement and had seating for 784. In October 1930 a Morrison’s Sound performance system was installed.

The Leeds based Star Group of Cinemas took over the Picture House in around 1944, and it was closed by them on 18th July 1964, later becoming a supermarket. It is still in use for retail purposes today as the Dragon Fireplace Company Ltd. showroom.