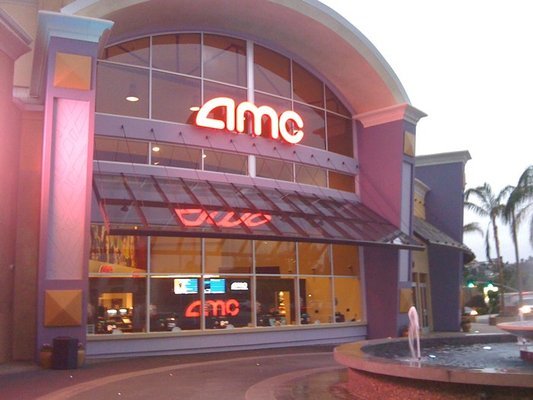 At this time, Loews signed a long term, 20 year lease to operate this theater. This was to be Loews first new theater in Los Angeles (as many were former Cineplex Odeon locations).

Weather this time delayed the project even more. And finally, on August 27, 2010, the theater was opened to the public.

This theater is the last ever Loews, as it was their last theater designed and built, opening 4 years after AMC acquired Loews. Even though it may not have the Loews name, the Loews spotlights are prominent in the design of the theater on the outside.

Thanks Jeff for the photos.

Charlie St. Cloud
Cyrus
Flipped
Get Low
Grown Ups
Into the Fire
Step Up 3D
Takers
The Kids Are All Right
The Last Exorcism

Opening at 12:01 am tonight with The Last Exorcism and Takers.

How bout some photos, now that it’s done, inside and out, before it gets dirty, and more info?

No photos yet. I’m too busy to go over there and nothing I want to see. I live in the city of Monterey Park. Once I do have any they will be sent to Cinematour for archive.

According to the sgvtribune:
theater is the newest in the AMC chain and features four 3D auditoriums and 10 digital-projection auditoriums.

It is all digital projection.

Actually, the now closed Magic Johnson Theatres on Crenshaw/MLK was the first Loews built in Los Angeles. Yeah…it wasn’t Loews branded, but the design of that theatre is just like the other Loews multiplexes.

Wasn’t that a Sony design, Chris?

I believe it was of the “Star” design vintage which was from the partnership Loews had with Star Theaters – the folks that ran that chain were hired to run the chain under Sony – they were excellent. When they sold out to the Canadians and formed Loews Cineplex, everything went to hell shortly thereafter – at that time they were transitioning I believe from a hybrid of the Star design with more theming to less theming which looks more like the Cineplex Odeon big box style, with Loews Alderwood in WA being the first that comes to mind that was of the Cineplex vintage.

I took my first trip to the ATS and its amazing. Its so Loews, yet so AMC. It has the Loews spotlight design on the outside design and inside the carpet has the loews spotlights. Three auditoriums (1, 2 and 14) are handicap accesible on the top. Definity you don’t see that much anymore. It is an odd design as its all one long hallway with 12 theaters and 2 in the main corridor. Stairs take you from the lobby to the theaters and a ramp hidden behind a false wall for handicap. The theaters are also numbered counter clockwise which is rare.. Especially for AMC. It has large screens even in the smaller auditoriums. It took a step away from AMC in the auditorium design.

Pictures have been sent to cinematour.