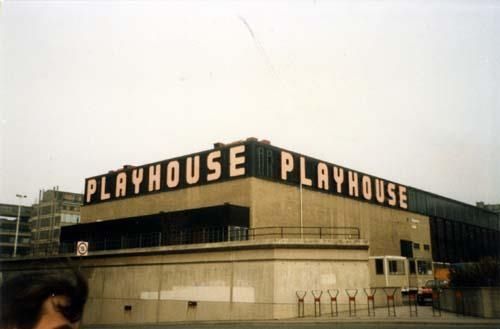 Leeds Playhouse was built by the city council and was designed by architect Bill Houghton-Evans. The modern style theatre had seating on three sides of the auditorium all on a single stepped tier, in a classic ‘Greek’ theatre style, with a thrust stage.

The theatre was equipped to screen films, and was used on Sunday’s by the Leeds Film Society. The first film presented was Harold Lloyd in "The Kid Brother" (1928), on 27th September 1970.

Leeds Playhouse was closed on 20th January 1990 when the new West Yorkshire Playhouse opened. The building was taken over by the university for lectures and performances. The projection equipment remains in the building.