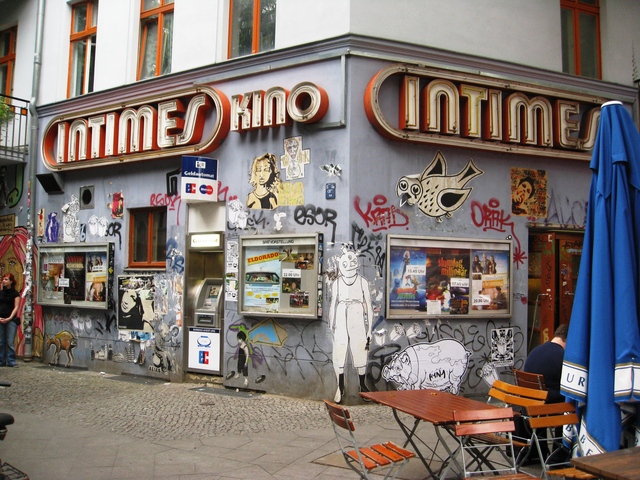 The Kino Intimes opened in 1917 with 151 seats. A small one-screen independent cinema in the laid back district of Friedrichshain just outside the centre of Berlin, run in conjunction with a great cafe serving some of the best coffee and breakfasts in the city.

The exterior of the cinema is covered in an ever changing patchwork of graffiti and stickers, as well as the iconic signage.