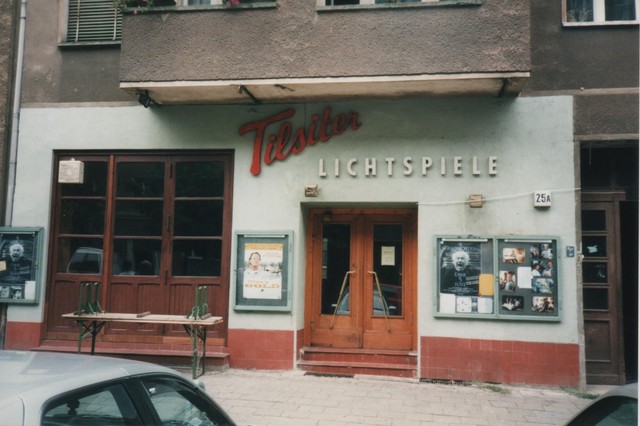 Located in east Berlin district of Friedrichshain on what was originally named Tilsiter Strasse. The Tilsiter Lichtspiele opened in 1908, and originally had 167 seats. It was closed in 1961.

Following the fall of the Berlin Wall, it was re-opened in 1994 as an art house cinema, now with a reduced seating capacity for 63 seats.