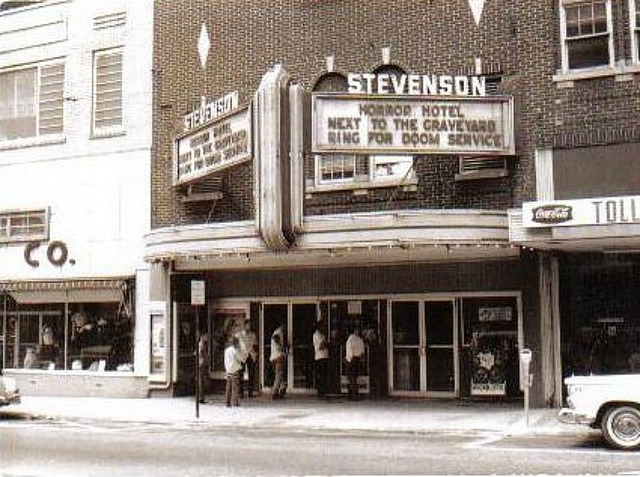 The Stevenson Theatre was open in 1930 and was owned by Stevenson Amusement Co. Seating was listed at 550. It was located across the street from the Capitol Theatre. This was the premiere theatre in Rock Hill for many years playing the best of first-run product. In the mid-1950’s it was owned by Stewart & Everett Theatres and continued operation until 1964.

The building is still standing and used for retail purposes.

Exterior, 1960s-by this time, the entry had been somewhat remodeled: http://tinyurl.com/2wpu5n8