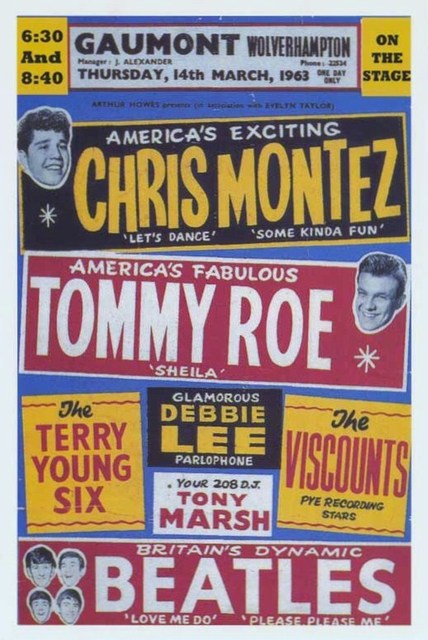 Built on the site of the Agricultural Hall(1863-1931), which was used as a cinema from 1910. The Gaumont Palace was opened on 5th September 1932 with Tom Walls in "A Night Like This". The imposing building dominated the junction at Snow Hill and St. George’s Parade, with a sweeping curve of brick with horizontal bands in white stone. The entrance was in white stone, with the name Gaumont Palace across the top, and a large window, allowing light into the cafe/restaurant, which was located above the entrance foyer.

Inside the auditorium, seating was provided in stalls and circle levels. The decoration was quite simple, and all attention was focused on the proscenium, which had a moulded plaster canopy across its top and a back lit surround. The Gaumont Palace had a fully equipped stage, which was 23 feet deep, and there were eight dressing rooms. It was equipped with a Compton 3Manual/7Ranks organ, which was opened by organist Frederick Bayco. The console was on a lift in the centre of the orchestra pit, and the organ chamers were beneath the stage.

It was re-named Gaumont in 1937. Many pop concerts were staged in the 1960’s starring bands such as Bill Haley and His Comets and The Beatles who played to packed houses. The final live show starred Cliff Richard, staged on 11th October 1973. The Gaumont was closed on 10th November 1973, with a special goodbye programme: Mario Lanza in “The Great Caruso” and Gene Kelly in “Singing In The Rain”, with an audience of 600 attending.

Demolition was imminent, and the building was stripped out, and had been demolished by March 1974. An Allied Carpets store was built on the site, today occupied by a Wilkinson’s store.

Have loaded a live show poster from the 60’s

I worked at the Gaumont, as a projectionist in 1965, happy days, we were mainly a cinema showing many big movies, but we also had live stage shows with very big pop stars from the sixties, I was only in my early teens, so I was all very exiting to me, I remember working the spotlight one show training it on Roy Orbison, another I was working with the chief projectionist back stage on the lighting dimmer board. I had collected many famous stars autographs, I wish I new what happened to my book