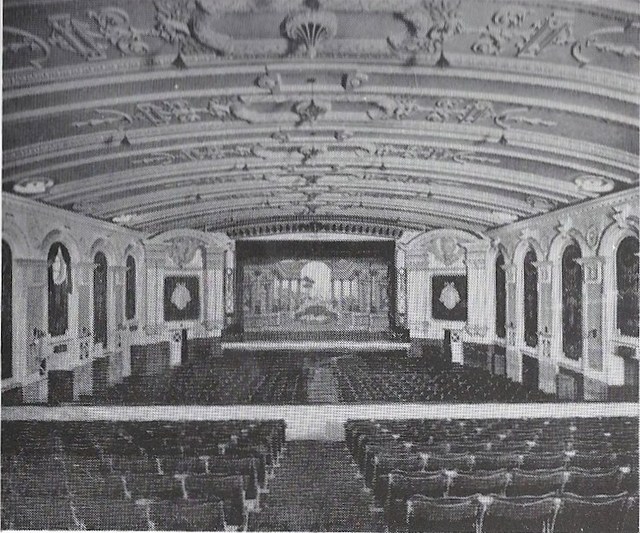 Located to the west of Birmingham city centre, the Palace Theatre was opened in 1905. It was operated by the Moss Empires Ltd. chain of variety theatres. Unusually for a live theatre, seating was on a stadium plan, with a raised stepped section at the rear, rather than an overhanging balcony. The proscenium was 32 feet wide, and for one of the spectacular stage shows, a large tank of water filled with ‘mermaids’ was one of the features. The auditorium was elaborately decorated, with fibrous plasterwork on the ceiling and side-walls.

From 18th December 1911, it was re-named New Palace Theatre and featured a mix of variety bills on the stage and ‘beautiful motion pictures’ on the screen. The first films screened were "Christmas Carol" and "Tired and Absent Minded Man". It continued as a cine-variety theatre for the Moss Empires chain of theatres for many years.

In the early-1930’s, it was taken over by the Associated British Cinemas(ABC) chain, and reverted back to the Palace Theatre name, becoming a full time cinema.

The Palace Theatre was damaged by German bombs and closed in 1941, and was still listed as being a ‘closed’ ABC cinema in 1947. It was taken over by Bulpit & Sons Ltd, and converted into a factory. By the late-1970’s, the building was unused and ‘For Sale’. It was demolished in 1981, and a factory for Rabone Chesterman Ltd. was built on the site in 1984.