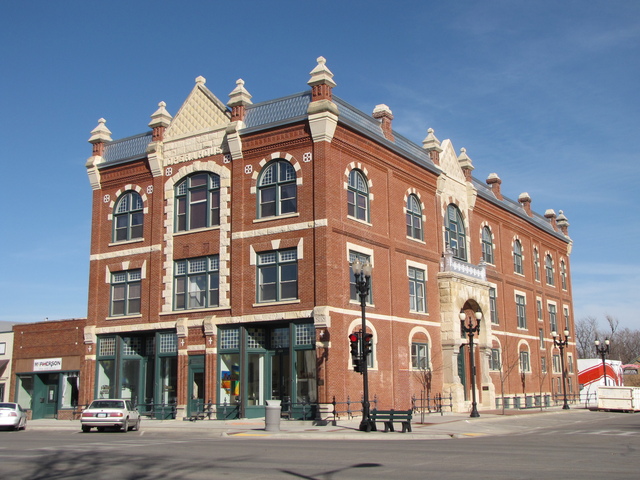 Originally constructed in 1888 as a live performance venue, the McPherson Opera House was converted to a movie theater in 1929 and served as such until March 1965.

In 1986 the McPherson Opera House Preservation Company was formed to save the Opera House from destruction. In January 2010, after an $8,000,000 rehabilitation, the auditorium reopened showing both movies and live performances.

There is a “New Opera House” listed for McPherson in the 1897-98 edition of the Julius Cahn Official Theatrical Guide. There are no street addresses in this Guide. The Mgr was C. H. Hubbell; the seating capacity is not given. Tickets are 25 cents to 75 cents. The theater had electric illumination and a stage 28 feet deep. Hotels for show folk were the Union and the Keene; Newspapers were the daily Republican, and the weeklies Democrat and Opinion. Railroads were the UP, Rock Island, and Santa Fe. The 1897 population of McPherson was 4,000.

The McPherson Opera House appears to have shown its first motion pictures in 1897. Full time theaters launched in the town including the Tourney and the Cozy/Mikado. In the sound era, the Opera House became known as the Empire Theatre converting to full-time motion pictures and, taken over by C. C. McOllister who changed it to the Mac Theatre.