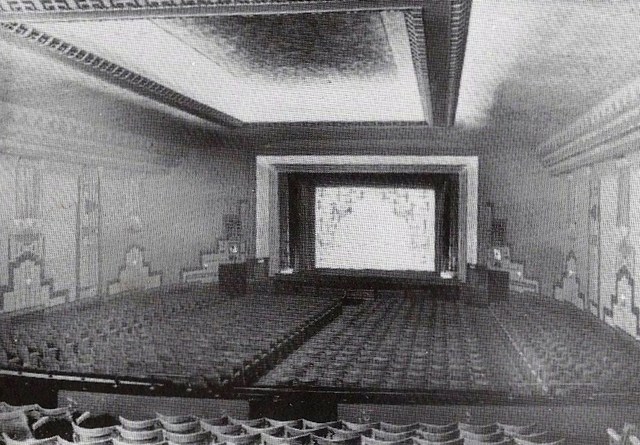 Located in the south outer Birmingham district of Shirley, on Stratford Road at the corner of Solihull Road. The Odeon was one of the original cinemas in the Oscar Deutsch chain of Odeon Theatres Ltd. It opened on 15th April 1935 with Grace Moore in "One Night of Love".

The facade was in buff coloured tiles with a centrally placed entrance, flanked by shops on each side. Inside the auditorium, seating was provided on a stadium plan with a raised section at the rear. There were 768 seats in the stalls and 388 in the raised balcony area. The auditorium ran parallel to Stratford Road, behind the parade of shops. At the rear of the auditorium was a car park which had space for 300 cars.

The Odeon led an uneventful life, and was closed by the Rank Organisation on 29th October 1977 with a Walt Disney double bill: "Jungle Book" and "One of Our Dinosaurs Is Missing". It was converted into a bingo club, which operated for several years. After this closed, the building remained empty for a while, and was demolished in September & October 1985. A Morrisons Supermarket has been built on the site.