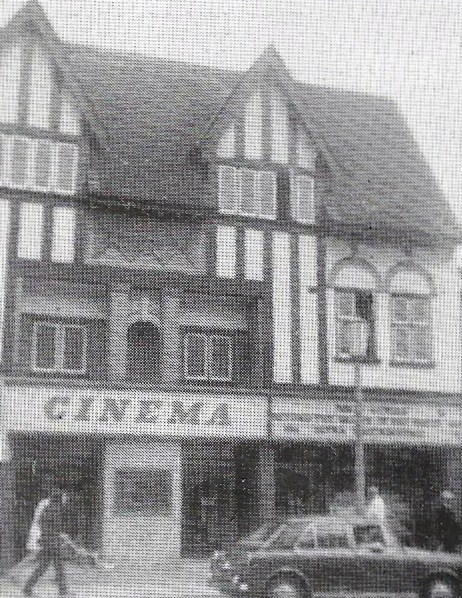 Located in Solihull, Warwickshire, today a district in the south-east part of Greater Birmingham. The Ye Arden Picture House was opened on 13th September 1926 with Charlie Chaplin in “The Man On the Box”. Film star Queenie Thomas attended the opening ceremony. It was designed in a Tudor style with a half timber facade. It was operated by the Victoria Playhouse Group.

By 1944, it had been re-named Solihull Picture House. By 1954 it was operating as the Solihull Cinema and continued until around 1990. It was purchased by the Royal Bank of Scotland who demolished it to build a branch of their bank. The half-timber Tudor style facade was replicated in the new building.